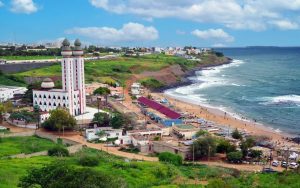 AfricaSenegalHow To Travel Around Senegal

Taxi, taxi-brousse, taxi-clando, car-charette, and public transportation are all examples of taxis (cars rapides) SOTRAC (Société des Transports en commun de Cap Vert) maintains bus routes in and around Dakar, which is currently operated by a private business named Dakar Demm Dikk. Car rental is offered in Dakar (city and airport), as well as MBour and Saly Portudal on occasion.

The most common mode of transportation throughout the nation is via sept places (from the French for “seven seats,” literally dubious station wagons in which you are essentially riding on the lap of the next person for the whole of the trip). You may also bring a party and hire out the whole sept, although this would be costly. They will attempt to rip you off if you are clearly a tourist, so be careful to negotiate a price before agreeing to a driver. To frequently visited sites, there are fixed rates. For example, a ticket from Dakar to Ziguinchor costs XOF9,500.

If you want to drive your own vehicle, keep in mind that there are few traffic signs (mainly speed restrictions) and nearly all of them are ignored. Many streets are one-way, although they are seldom designated as such, and there are few stop signs. Heavy traffic regions, such as Dakar, are better left to the brave and experienced drivers. To move around, one must be willing to dash into traffic or risk being stopped for a long time at an intersection.

A new tollway near Dakar has just opened, allowing you to travel around Rufisque. This is well worth the XOF400 (for a normal vehicle) especially at peak hours, when traffic bottlenecks in Rufisque may easily last two hours.