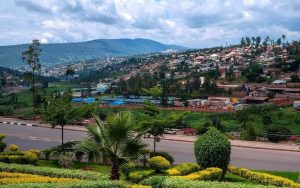 The smallest note in terms of value is a RWF500 note, which is also the lowest in terms of physical size. There are also 1,000, 2,000, and 5,000 note denominations, with the bigger notes being somewhat larger in physical size. There are no notes in circulation worth more than RWF5,000, which is inconvenient given that a RWF5,000 note is approximately equal to USD8. Because few establishments in Rwanda take credit cards, visitors should plan on carrying a significant amount of cash with them if they are traveling outside of Kigali, particularly if they are staying for more than a few days.

Coins of RWF100 are frequently used. Smaller coins (50, 20, 10, 5, and RWF1), on the other hand, are usually not accepted by street vendors, small eateries, and motels. Smaller coins may only be obtained from a bank or a big shop, such as a supermarket. Most Rwandan businesses, including currency exchanges and petrol stations, round transactions to the closest RWF100.

ATMs may be found across Rwanda. Depending on your bank, this may be a more cheaper method to get francs since ATMs provide a better exchange rate than money changers. Bank of Kigali, Equity Bank, Ecobank, and Kenya Commercial Bank accept Master card, Visa card, Union pay, Amex cards, Diners Club, and JCB cards. GT Bank is an acronym for Global Trust Bank.

Rwanda is a highly conservative culture; most individuals, particularly women, dress modestly. Wearing shorts, tight skirts, and tiny tops will earn you twice as many stares as usual. Even while many guys stroll hand in hand with male pals, it is uncommon for a pair to make public shows of...

Rwandan rituals, festivals, social gatherings, and storytelling all include music and dance. The most renowned traditional dance is a highly choreographed routine consisting of three components: the umushagiriro, or cow dance, performed by women; the intore, or hero's dance, performed by men; and drumming, also historically done by males,...