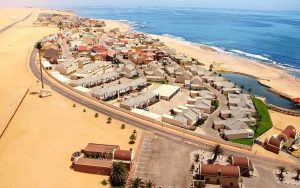 Things To See in Namibia

AfricaNamibiaThings To See in Namibia

Namibia has a lot of natural beauty. To really enjoy the nation, take a trip or hire a vehicle and go around the countryside, taking in the deserts, mountains, towns, and everything that Namibia has to offer.

The Namib Desert, which extends for over 1000 kilometers along the Atlantic coast, is one of the country’s most prominent characteristics. As one of the world’s oldest deserts, its sand has an unique red color and some of the world’s tallest sand dunes. Sossusvlei, the most accessible section of the desert, is a magnificent site with towering dunes that change colors as the sun rises and sets. Fish River Canyon, near the South African border, is one of the world’s biggest canyons. It stretches for 160 kilometers and has a width of 27 kilometers at its widest point and a depth of approximately 550 meters at its deepest point. The Skeleton Coast National Park is located in the north of the nation and is largely inaccessible. It’s an apparently desolate stretch of stone and sand known for its fog and the amount of shipwrecks that have occurred along the shore.

Namibia, although not as abundant as neighboring Botswana or South Africa, nevertheless offers enough of African wildlife to view. This contains several indigenous subspecies suited to the severe desert environment, such as desert lions, desert elephants, and Hartmann’s Mountain Zebra. Gemsbok, ostrich, and springbok are other frequent grazing species. Namibia’s national parks are a great place to start, with Etosha National Park in Northern Namibia being one of the most renowned. The park is surrounded by the Etosha salt pan, which attracts animals, especially during the drier winter months, since it provides water in a relatively arid area. Waterberg Plateau Park, the Caprivi Parks, and the isolated Kaokoland are all excellent places to see animals.

Namibia has a German colonial impact that may still be seen in some of its structures. Windhoek is home to a variety of noteworthy structures, including the Christuskirche, the railway station, and the castle-like Heinitzburg Hotel. Lüderitz is a colonial-era town with unique German Imperial and Art Nouveau architecture. Kolmanskop, an abandoned mining village, is nearby. Once a prosperous diamond mining town, the miners have left and the sand dunes have taken their place, although excursions are still available.

By car Despite the enormous distances in Namibia, most people travel by ground rather than air. If you hire a vehicle, make sure you have enough cash on hand to fill the tank with petrol. Typically, gas stations do not take any form of payment other than cash. A modest...

Regions in Namibia Caprivi is a panhandle in the country's north-east. The Caprivi is one of Namibia's few water-rich regions, with two main rivers. Northern Namibia - from the mouth of the Ugab River to the Angolan border. Central Namibia is located between the Tropic of Capricorn and the mouth of the...

Namibians consume an enormous amount of meat. Windhoek's numerous different restaurants and cafés provide both local and foreign food. Almost everything you desire may be found here.Apples, oranges, onions, tomatoes, potatoes, and spinach are among the fruits and vegetables available in Namibia. Peanuts, beans, rice, millet, maize, bread, and pasta...

Namibians are very proud of their homeland. It is a developed country (albeit yet a developing country) with all contemporary conveniences and technology. Namibians have been exposed to a remarkably diverse range of peoples as a result of the United Nations' oversight of the elections, as well as different...

Oshiwambo, Herrero, Nama, Damara, different San languages, and Silozi are among the most important Indigenous languages. The official language is English, which is widely spoken. However, since the majority of older Namibians (those educated before to independence) know English solely as a third language, the quality is very low. Because...

The country's name is taken from the Namib Desert, which is said to be the world's oldest desert. Prior to its independence in 1990, the region was known as German South-West Africa (Deutsch-Südwestafrika), then as South-West Africa, to reflect the colonial occupation by the Germans and South Africans (technically...

Stay Safe in Namibia Namibia is a peaceful nation that has never been engaged in a conflict. The Angolan civil war ended in May 2002, and the violence that spilled over into northern Namibia is no longer a concern. Namibia, on the other hand, has a comparatively high crime rate. Keep...