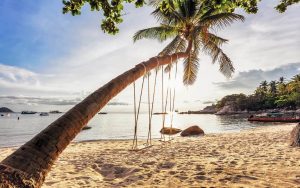 The risks are similar to those in many other African nations (and significantly less than some, including parts of South Africa). Muggings, robberies, rapes, and murders do occur, therefore standard measures should be taken. Women should never go alone on beaches; assaults on women have increased in tourist locations in recent years. It’s very important to ask local hostels and other visitors about hazardous places.

However, on general, the people of Mozambique are very warm and kind, and you will experience much less trouble than in nearly all of the neighboring countries.

The police in Mozambique are not there to assist you; they are there to extract money from you. Under all circumstances, do not put your faith in them.

With the exception of Maputo, where the police have been known to rob visitors blind and place them in a cell, insisting on being transported to a police station is unlikely to help your position. Instead, suggest calling your embassy or the anti-corruption hotline to confirm a fine, and always get a receipt.

If you need to go to the police station (for example, to file a police report for insurance reasons after a theft), don’t bring any valuables or large amounts of cash with you, and try to always go with someone else.

In Mozambique, the speed limit is 60km/h in town (unless otherwise indicated by road signage) and 100km/h outside. On the EN1, there are mobile speed traps that particularly target international tourists.

When dealing with Mozambican cops, never offer a bribe; instead, just listen to whatever lecture they have to offer and ask, “What can we do about this?” If they do ask for a bribe, the price is completely negotiable and may vary from a bottle of soda (bearing no identification) to several hundred USD (minor drug infractions).

You are required by law to carry some form of identification with you at all times and to show it to the police if they ask for it. As a consequence, you should always have a notarized copy of your passport picture page, visa, and entrance stamp with you. As soon as you arrive in the country, ask your hotel where you can find a notary or call your local embassy. There are two in Maputo: one on Av. Lenine, near Mimmo’s, and another on Av. Armando Tivane (one block west of Av. Nyerere), between Av. Mao Tse-Tung and Av. 24 de Julho. They’re not easy to get by, so ask around.

If you are asked for identification by the police and do not have a notarized copy, do not give them your passport; if you do, it will very certainly cost you a lot of money to get it back; typically, just chatting to them for a bit can persuade them to go.

While the majority of the nation has been cleaned, there is still a danger in rural regions distant from the EN1 in the provinces of Sofala, Tete, Manica, Gaza, Inhambane, and Maputo. It should be emphasized that only two or three instances involving landmines occur each year, and they are all far off the tourist route.