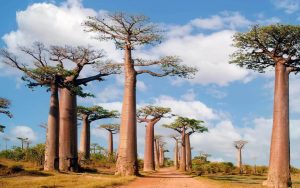 The Malagasy ariary (MGA) is the local currency, which is split into 5 iraimbilanja and is one of only two non-decimal currencies in the world (the other is the Mauritanian ouguiya). €1 Equaled MGA3,327 in September 2014, and the exchange rate has been quite steady for a few years.

Outside of Antananrivo and Nosy Be, credit cards are not commonly accepted, and Visa is sometimes the only card accepted when paying with a credit card. Prices for hotels and other travel-related services will often be offered in euros, but plan to pay in the local currency. You may use a Visa or Visa Electron card to withdraw money from ATMs in the cities. MasterCard may be used at the BNI bank’s ATMs.

In comparison to Europe or abroad, Madagascar’s vanilla and other spices are inexpensive, and the quality (particularly vanilla) is excellent. (In Mada, vanilla costs approximately €2 for ten pods, compared to €15 in France.)

Tipping is a source of considerable debate in Madagascar, and it’s made even more complicated by the fact that expectations vary depending on whether the client is a foreigner or a native. In restaurants and bars, a tip of ten percent of the entire bill is recommended, although be warned that locals will often leave much less. Consider tipping $1 per bag if someone assists you with your luggage. In taxis, just rounding up the fare is adequate. Tipping the equivalent of $10-$13 per day if you have a private car with a driver is regarded very generous, while $5-$10 per day is typical for basic service. A reasonable gratuity for a park guide is $7-$10 per day. Because hotel room cleaners aren’t often paid, try putting a little cash in the room before you check out (many hotels will have a tip box in the lobby that can also be used to tip the entire staff). When deciding how much to tip, keep in mind that even a doctor or university professor may earn less than 200,000 Ar a month, and that in remote regions, your tip may set expectations for others who follow you, some of whom may be researchers or relief workers with little money.