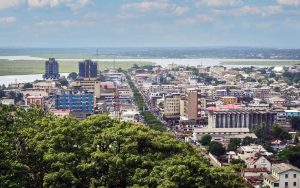 Liberians are very social and friendly. They, on the other hand, will label you “rude” if you ignore them. Make a point of greeting as many individuals as possible and do it with a smile. Make friends with every guard, cleaner, or other person you come across, introduce yourself, and keep their names in mind. Your security will also increase since locals will alert you about security risks if they recognize you and know that you can communicate with them.

The convention is to shake hands, which is typically followed by a finger snap. Handshake with everyone you encounter, even fruit vendors.

Because Liberia is so impoverished, you will almost certainly be solicited for money or assistance. Former soldiers are usually the most persistent beggars. Giving money to the elderly or physically handicapped is a good idea. However, it’s ideal to spend some time with most youngsters and others, play a game with them, take digital pictures (liked here), and then perhaps offer something as a gift to your pals. Liberians are proud people who should not be treated as beggars despite their dire need.

Because school costs are costly (up to USD100 per year), foreigners are often requested to pay for school, but this may also be a ruse.

With the exception of internally displaced persons, most residents in Monrovia are reasonably well-off in Liberian standards. The worst circumstances are seen in rural areas, when assistance is most required.

Instead of saying “no,” which is considered impolite in this country, use “later,” “tomorrow,” or “I’ll see what I can do.” People should not be ignored. When responding, though, be firm since kids will frequently badger you and call you “boss” until you give up.

It’s a good idea to carry some business cards with you. They are distributed at every event.

Because the conflicts of the 1990s and 2000s are still fresh in many people’s memories, it is best to avoid the subject.

The greater a person’s social standing, the more respect they deserve, but this does not imply you should ignore the very poor or lavish presents of appreciation on the affluent.

Stay Safe in Liberia Avoid walking late at night, and make sure your vehicle doors are secured while driving. When a car is stopped, thieves will frequently reach inside the vehicle and steal anything they can, so keep the windows open, particularly in Monrovia's busier neighborhoods (redlight). Rape and armed...