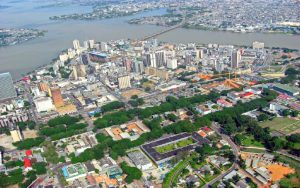 Côte d’Ivoire’s northern areas are prone to political instability and violence, so it’s a good idea to check with your embassy or ask other travelers about the situation before heading interior.

At this time, the Foreign and Commonwealth Office of the United Kingdom, as well as the US State Department, advise against all but necessary travel to Côte d’Ivoire’s western districts of Dix-Huit Montagnes, Haut-Sassandra, Moyen-Cavally, and Bas-Sassandra.

Unemployed youngsters perpetrate the majority of crimes in Abidjan. If you ever feel threatened, you should seek the assistance of a middle-aged guy. This elder generation has a low opinion of young offenders and would most likely assist you if you are being harassed. In general, Ivorians are aware of the risks that visitors face in their nation and are frequently extremely protective of inexperienced travelers. This is particularly true in Abidjan’s Treichville and Adjame neighborhoods.

In a gun assault on a Grand Bassam beach resort approximately 40 kilometers from Abidjan on March 14, 2016, terrorists murdered at least 16 people. Al Qaeda claimed responsibility for the assault (AQIM). Côte d’Ivoire had previously been designated as a target for extremists, and security had been beefed up.

HIV/AIDS was previously pandemic in the nation, but it has subsequently improved dramatically, with an adult prevalence of 4.7 percent.

By plane The Felix-Houphouet-Boigny International Airport offers daily scheduled flights from and to Paris with Air France and Brussels with Brussels Airlines. Flights to other West African cities are also available on a regular basis. The airport is a modern facility, and enhanced security has helped to dispel its previous...

Côte d'Ivoire is known for its beautiful beaches, tourist towns, rainforests, and wildlife preserves. Taï National Park is home to West Africa's biggest tropical rainforest.Comoë National Park is Côte d'Ivoire's largest and most well-known national park. Birds, elephants, giraffes, lions, monkeys, and antelopes are among the animals that live there.

Food in Ivory Coast Good food is inexpensive, and Abidjan has a number of excellent eateries. You should obtain a Hepatitis A vaccination before going, although even street food is very clean. Garba, alloco, and attiéké are some of the national foods to try. Alloco consists of fried plantains served...

Music Each ethnic group in Ivory Coast has its own musical genre, with the majority exhibiting extensive vocal polyphony. Additionally, talking drums are widespread, particularly among the Appolo, and polyrhythms, another African feature, are found across Ivory Coast, but are particularly prevalent in the southwest. The Ivory Coast's popular music genres...

Land migration Human remains have not been well preserved in Ivory Coast's humid environment, making it impossible to identify the country's earliest human presence. Newly discovered weapon and tool pieces (particularly, polished axes cut through shale and cooking and fishing remains) have been interpreted as a potential evidence of a...