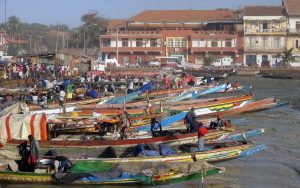 Guinea-Bissau has one of the highest rates of petty and violent crime on the continent, which should not be overlooked, as well as a dysfunctional administration and a lack of law enforcement. A significant amount of drugs travels via isolated islands and airstrips en route from South America to Europe, and the nation is home to many drug lords. Since independence in 1974, there have been dozens of coups and attempted coups, as well as many murders of politicians and military leaders, and the country has never had an elected president finish a full 5-year term in office. The most recent coup took place in April 2012, after a failed coup attempt in 2011, the military’s house detention (and threat of death) of the prime minister in 2010, and the murder of the president by soldiers in 2009. (a day after a top military leader & rival of the president was killed by a bomb).

Stay away from any political protests and any military presence on the streets. Because many western countries do not have diplomatic representation in Guinea-Bissau, you will have a considerably more difficult time if you are arrested, imprisoned, or need consular help in an emergency.

Guinea-Bissau is a dangerous nation that the UN considers to be a significant drug smuggling port into Europe. The military is notorious for corruption, leading the UN Secretary-General to refer to the Air Force Chief as a drug lord.

The nation also boasts the world’s lowest per capita production and income, as well as the associated violence and crime.

White Europeans are particularly susceptible, and locals wanting to commit racial crime will target them. If it is suspected that white Europeans are involved in overseas assistance or are far-left activists, they are often left alone. Guinea-Bissau has experienced a number of Marxist governments, offering a refuge for Marxist radicals all over the globe.

There are no US or UK embassies. The US and UK embassies in Dakar, Senegal, are both accredited to the United Kingdom. Edifcio SITEC, Rua José Carlos Schwarz 245, Bairro d’Ajuda (tel. (245) 325-6382) is the US liaison.

Be prepared to pay a bribe if you are arrested. Bribing authorities directly, on the other hand, is not advised. Simply inquire whether they can pay the fee on your behalf since you are unfamiliar with customs processes. Then get out of the nation as quickly as possible.

You must be cautious with wildlife since it may be hazardous, and you must always respect the creatures. Feeding or touching an animal is not a good idea. Always remember to take only pictures, leave only footprints, and kill only time. Your vacation will be the best it can be if you have fun and stay safe.

Make sure you are up to date on your yellow fever, hepatitis A, tetanus, and typhoid vaccines before going. Malaria prophylaxis is strongly advised; contact a doctor for guidance on which kind to use.

HIV is common, as are the majority of other sexually transmitted illnesses. The Centers for Disease Control and Prevention (CDC) in the United States identified Guinea-Bissau as a hotspot for new HIV infections.

Consider vaccines for typhoid fever, hepatitis B, rabies, meningitis, and TB depending on the duration and purpose of your visit.

If you are bitten by a dog, cat, monkey, or bat, get medical attention as soon as possible, regardless of whether you have been vaccinated. Everyone requires post-exposure rabies prophylaxis, but if you’ve been vaccinated, you’ll need fewer vaccinations. Rabies can be avoided with vaccinations and immunoglubulin, but once symptoms appear, there is no treatment and the majority of people die.

When having sexual intercourse with new partners, always use a condom.

Make sure you only drink bottled or filtered water.