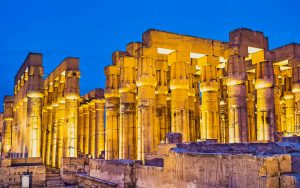 EgyptLuxorHow To Get Around In Luxor

Luxor is teeming with bike rental outlets, and many hotels also loan out bicycles. Rental costs range from 5LE to 20LE, depending on your negotiating abilities, the relative demand for motorcycles that day, and the quality of the bike in issue. Check the tires and be cautious of last-minute inflation, since they may deflate just as quickly. It is common for customers to be requested to leave their passport, driver’s license, or student ID card as a deposit. Bikes may be hired on both the East and West Banks of Luxor (the latter near the local ferry dock), however the selection and quality of bikes is normally greater on the East, and rates on the more secluded West can be a touch overpriced. If you are looking for high-quality bicycles, you may get Dutch bikes (gazelle/batavus) at the Dutch Rental Agency on Sheratonstreet (Eastbank) and at the Souk close outside the ferry terminal (Westbank). It should be noted that bikes may be carried on the local ferry (be respectful! ), so feel free to rent on the East and carry your bike over yourself. Before determining whether or not to ride your bike into Egyptian traffic, keep an eye out for it.

Remember that the East bank is the urban side, so while selecting whether to cycle on that side, keep traffic and people in mind. The West Bank, on the other hand, is considerably more rural, and many people choose to pedal across the fields between tourist attractions.

However, be aware that guards at the locations will attempt to persuade you not to secure your bicycle since they will be watching it. Which they will do really well—and then expect a gratuity for. To prevent this unneeded expenditure, lock your bike yourself.

Luxor has an abundance of taxis. They don’t have meters, but they take current prices provided you stand strong. The distance from the airport to downtown Luxor is around LE 50, while short journeys inside Luxor cost between LE 10 and LE 20. A round-trip ticket to the West Bank costs roughly LE 100.

The Sheraton Luxor Resort maintains a list of current (expensive) taxi prices from their hotel to a variety of places, which may be used as a convenient reference.

For the more daring, Luxor is filled with Chinese motorbikes ranging from 150cc to 200cc. With the correct negotiation abilities, you may get one for 50LE or less per hour, or less for the day or evening. Summertime on the West Bank’s highways, riding through the ruins and mountains is simple and efficient. Many are happy to loan you their own motorbike during the quiet season for the correct fee. Remember to insist on a helmet – even if nobody wears one.

Minibuses are the local mode of travel in Luxor, and the cheapest mode of transit for the adventurous visitor. They all have the same form, which makes them readily identifiable. They operate on defined routes, with each route denoted by a distinct color on the minibus’s side. However, there are no maps of the routes; residents seem to memorize them. The railway station seems to be the hub for all bus services. Hail a bus by raising your arm and staring at it as it approaches. When a bus is completely packed, it will not stop (there are about 14 seats in a bus). Alternatively, you may get in and take a vacant seat, paying the driver a set rate of 0.50LE per passenger for a journey (no haggling required). If you do not pay while seated, they will presume you are unaware of the fare and will charge you 1LE when you exit. It is feasible to exit at any moment by simply requesting the driver to pull over when you are close to your destination.

A boat is a necessary mode of transport between Luxor’s East and West banks. As you stroll beside the river, hundreds of felucca owners will offer to transport you over, and a taxi driver will usually be waiting on the other side. Of course, all of this comes at a steep price, at least 20-30LE, and that’s assuming they don’t throw in an additional trip (not necessarily what you asked for). It is significantly more convenient to ride the blue local ferry, a very basic boat that costs roughly 1LE, sometimes 0.50LE. The disadvantage is that the boat departs only when it is completely filled or when another ferry comes, which means that using the ferry is often slower – however you avoid haggling. Taxis are accessible on both sides of the ferry port, and the journey takes just a few minutes.

Calèches, or horse-drawn carriages, are prevalent on the east bank and provide a unique perspective of the city, particularly at night. Prices vary depending on negotiating ability, but a rate of 20LE per hour seems to be standard.

However, some animal rights organizations have cautioned against calèches owing to the horses’ terrible care. It is very commonplace for drivers to beat their horses, and the majority of Western visitors will observe a large number of emaciated and scarred animals. This is not to say that all drivers should be avoided; some are trustworthy. When making a selection, use common sense.

Take care not to use the same driver for several days in a row. Finally, he may decide that he has undercharged you in some way for previous trips and may demand a much higher price for items that “weren’t” included in the original price, such as waiting while you visited a temple, all money paid previously went to the boss and none to your driver, and a tip for the horse. It may be advisable to employ a new driver for each journey and avoid booking a previously used driver to eliminate this possibility, even if he first seems to be more pleasant than others.

During the colder portions of the day, it is also feasible to walk about the tourist zone on foot, assuming you have a decent sense of direction. To escape unwanted attention, you must repeatedly say “No Hassle” or “Laa Shukran,” which translates as “No Thank You” in Arabic. Additionally, be prepared to summon the Tourist Police if you are concerned about your safety. There are generally some police officers around, since they may be dressed in civilian clothing as well.

A excellent way to prevent bother is to purchase an Egyptian newspaper (in Arabic) each day and bring it with you. Locals will presume you understand Arabic (and hence their ruses) and will leave you alone. Egyptian papers are around 1LE.

BY PLAIN Luxor International Airport serves as a stopover for flights to and from Europe and the Middle East, as well as the primary southern hub for domestic flights inside Egypt. Direct charters from Europe (for example, London Gatwick) are prevalent during the winter peak season. EgyptAir operates one-hour flights from...

Although Luxor is a small place by Egyptian standards, it is rather expansive. It naturally separates into sections on each side of the Nile. EAST BANK The town, the Luxor Temple, the Karnak Temple, museums, trains, hotels, and restaurants are all within walking distance. WEST BANK The major ruins, which include the Valley...

Luxor is a vegetarian haven, with an abundance of fresh seasonal vegetables like as tomato and cucumber. Pita bread and mezze like as baba ganoush or taboulé are often served to begin a meal. Your main meal may consist of beef or poultry, as well as regional specialties like pigeon or...

There is a social stigma associated with public inebriation. Although Egyptians sometimes opt to disregard this, a foreigner being intoxicated in public might create a negative image. The majority of local bars are testosterone-filled hard-drinking places where lone outsiders, particularly lone women, may feel unwelcome. Having said that, there are...

Luxor has at least two distinct marketplaces. One is in an air-conditioned hall with stores on each side. This market hall serves as a hub for two important thoroughfares. The older market occupies numerous alleys in the vicinity of the Luxor temple. It's a pleasure to stroll through, since it's...

Luxor is considered Egypt's "trouble capital" (and therefore a good candidate for the world). Please be warned that touts may make sight viewing quite irritating for those not on properly organized excursions. (Although they seldom go inside genuine temples.) Within temples, however, visitors must fight with official tour guides....