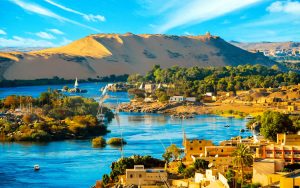 This multicultural event attempts to bring people of different religions together. The celebration may be traced back to the Pharaohs’ reign. King Ramses, who is widely considered as the most holy of all Egyptian monarchs, is honored at the event. This event takes place over two nights. The focus is on teaching people about Egypt’s cultural treasures. People gather around Aswan’s ancient landmarks to perform traditional song and dance performances. This event is really one of two that commemorate Ramses’ ascent to the throne of Egypt. The Miracle of the Sun is observed in February, while the other is observed in October. These festivals are also held in Luxor, sections of Cairo, and other villages in the West Bank, although Aswan is the epicenter of the celebrations.

This festival has become one of the most popular cultural events on the continent of North Africa. Every year, it attracts thousands of international tourists. This event has been going on for almost a decade. Its goal is to bring together different perspectives on world history and the sculptural forms that are unique to each country. The events will take place at a local open-air museum.

BY PLAINOn the west bank, immediately south of the high dam, Aswan International Airport is located 25 kilometers southwest of the city. Because public buses do not run to the airport and security on the approach road to the terminal is strict, it is usually best to use a...

Aswan is small enough to be easily navigated on foot. You may take a cab or a horse-drawn carriage to go to Philae, the High Dam, and the unfinished obelisks. A taxi ride to all of these attractions should cost between 80LE and 100LE each car.You'll need to cross...

Aswan Town and the East BankNubian Museum (opposite the Basma Hotel, south of the Old Cataract Hotel, at the southern edge of Aswan town on Sharia Abtal al-Tahrir - approximately a half hour walk from the city centre.). daily 9AM-9:00PM. Nubian antiquities salvaged before the inundation of Nubia are shown in this...

Al-Masry Restaurant, Sharia Al Matar. Locals like it. Excellent kebabs and kaftas, as well as pigeon and chicken, all served with bread, salad, and tahini. Dishes ranging from 8LE to 30LE.Aswan Moon, Corniche an Nil (Situated on pontoons along the Nile),   +20 97 231 6108. Appropriate meal served by a cheerful staff. Local fish...

The souqs (markets) of Aswan are delightfully unique, without the high-pressure sales tactics seen in certain tourist destinations farther north. In general, Nubian handicrafts are of greater quality and more affordable in Aswan. All other things will be more costly than in Cairo, owing to the higher shipping expenses...

Night ShowsAs the sun sets, Aswan comes alive with its fascinating night entertainment, most of which are based on fascinating mythology. You should not miss it if you are a history enthusiast or interested in learning about the local art and culture.If you prefer to spend your evening surrounded...

In general, Aswan is a pretty secure city. However, keep an eye out for obvious pickpocketing efforts at the souq. These crooks may approach you with scarves, shirts, or even papyrus in one hand, offering to sell you something while the other hand tries to get into your pockets....