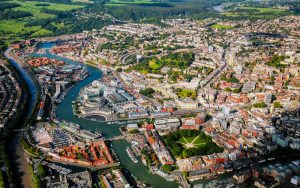 The hot and dry environment of Djibouti is reflected in its clothing. Men usually wear the macawiis, a traditional sarong-like fabric wrapped around the waist, while not clothed in Western clothes like as trousers and T-shirts. Many nomadic people wear a tobe, a loosely wrapped white cotton robe that falls to about the knee and is draped over the shoulder (much like a Roman toga).

The dirac is a long, airy, diaphanous voile dress made of cotton or polyester worn over a full-length half-slip and a bra by most women. Married ladies frequently use shash head scarves and garbasaar shawls to conceal their upper bodies. Unmarried or young women, on the other hand, do not usually have their heads covered. Traditional Arabian clothing, such as the male jellabiya (jellabiyaad in Somali) and female jilbbis, are also popular. Women may wear specific jewelry and headdresses similar to those worn by the Berber tribes of the Maghreb for special occasions, such as festivals.

Djibouti’s unique art is mostly handed down and maintained orally, mostly via song. In the local buildings, there are many traces of Islamic, Ottoman, and French influences, including plasterwork, meticulously crafted designs, and calligraphy.

Somalis have a thriving musical culture based on traditional Somali folklore. The majority of Somali songs are pentatonic in nature. In contrast to a heptatonic (seven note) scale like the major scale, they only utilize five pitches each octave. Somali music may at first seem to be similar to that of neighboring areas such as Ethiopia, Sudan, or the Arabian Peninsula, but it is eventually distinguishable by its own distinct melodies and genres. Lyricists (midho), songwriters (laxan), and vocalists typically collaborate to create Somali music (codka or “voice”). Balwo is a prominent Somali musical style in Djibouti that focuses on love themes.

Traditional Afar music has elements of Arabic music and is similar to folk music from other areas of the Horn of Africa, such as Ethiopia. Djibouti’s history is preserved in the poetry and songs of its nomadic people, and it dates back thousands of years to a period when Djiboutians traded hides and skins for the perfumes and spices of ancient Egypt, India, and China. Oral literature from afar is also very melodious. Wedding songs, battle songs, praise songs, and bragging songs are just a few examples.

Poetry has a long history in Djibouti. The gabay, jiifto, geeraar, wiglo, buraanbur, beercade, afarey, and guuraw are all well-developed Somali styles of poetry. The gabay (epic poetry) is the most complicated in terms of length and meter, with many lines surpassing 100. When a young poet is able to write such lines, it is considered the pinnacle of poetic achievement and is regarded as the pinnacle of poetry. The well-developed art form was historically promoted by groups of memorizers and reciters (hafidayaal). Baroorodiiq (elegy), amaan (praise), jacayl (romance), guhaadin (diatribe), digasho (gloating), and guubaabo are some of the major topics in the poems (guidance). The baroorodiiq is a poem written to honor the death of a famous poet or person. The Afar have a strong oral history of folk tales and are acquainted with the ginnili, a kind of warrior-poet and diviner. They also have a large collection of combat tunes.

Djibouti also has a rich literary history in Islamic literature. The medieval Futuh Al-Habash by Shihb al-Dn, which recounts the Adal Sultanate army’s invasion of Abyssinia during the 16th century, is one of the most well-known such historical writings. A number of leaders and academics have written memoirs or thoughts about the nation in recent years.

The most popular sport in Djibouti is football. Although the nation joined FIFA in 1994, it has only competed in the African Cup of Nations and the FIFA World Cup qualification stages since the mid-2000s. Djibouti’s national football team defeated Somalia’s national team 1–0 in the 2010 FIFA World Cup qualifying stages in November 2007, marking the country’s first-ever World Cup victory.

By plane Djibouti-Ambouli International Airport (JIB) is the only airport that links Djibouti with Dubai. Ethiopia, Eritrea, Somalia, Puntland, Somaliland, Tanzania, Egypt, Madagascar, United Arab Emirates, Saudi Arabia, Oman, and Yemen are among the destinations served. Flights to Paris are operated by Air France and Djibouti-based Daallo Airlines (D3), with...

Taxis are accessible in Djibouti and from the airport to the town (look for a large billboard showing anticipated taxi rates as you leave the airport); also in Ali-Sabieh, Dikhil, Dorale, and Arta. After nightfall, fares may rise by 50%. Bicycling is an excellent mode of transportation in the tiny...

Most nationalities are needed to get visas. Travelers with French or Singaporean passports may get a one-month visa on arrival for 5,000 DJF. Transit visas are valid for ten days and are offered at the airport for 10.000 FDJ (about US$55) to citizens of the European Union, Scandinavian nations,...

Cities in Djibouti Djibouti - the capital and largest cityAli SabiehBalhoDikhilKhor AngarObockTadjouraYoboki Other destinations in Djibouti On the Ethiopian border, Lake Abbe is a lonely, boiling lake surrounded by limestone chimneys and a lunar-like environment that was utilized as the "Forbidden Zone" in Planet of the Apes.Africa's lowest point (157 meters...

Things To See in Djibouti

Lake Assal. Lake Assal is the world's third lowest point, at 150 meters below sea level. You'll need to rent a vehicle or contact a Djiboutian friend to take you there. Expect a bumpy ride: truck traffic between Djibouti and Ethiopia has wreaked havoc on the highways outside the city....

Khat is a leafy stimulant that is quite popular among the natives. The herb is flown in from Ethiopia every morning and arrives by truck in Djibouti's Central Market about 1 p.m. Although it is reasonably priced, the quality varies considerably, so buy with care. Khat is not permitted...

There are numerous restaurants in Djibouti, including tourist traps. Be prepared for sticker shock if you want to try western food. You and your wallet will both benefit from the experience if you are interested in excellent local food. The Ethiopian Community Center, for example, sells a broad range...

Djibouti is a country with several languages. The bulk of people in the area speak Somali (524,000 speakers) and Afar (306,000 speakers) as their primary languages. These are the Somali and Afar ethnic groups' mother languages, respectively. Both languages are part of the Afroasiatic language family. Djibouti has two...

The region around Djibouti has been populated since the Neolithic period. Linguists believe that around this time period, the first Afroasiatic-speaking people migrated in the area from the family's putative urheimat ("original homeland") in the Nile Valley or the Near East. Others believe that the Afroasiatic language family arose...

Earthquakes and droughts are examples of natural dangers. Heavy rains and flash floods are caused by cyclonic disturbances from the Indian Ocean on occasion. If traveling outside of the capital city, visitors should be wary of the danger of banditry. It's a good idea to get health insurance. For any medical...