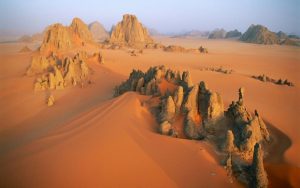 Bringing foreign currency into Chad is not restricted. Payment in US dollars and euros is often accepted immediately.

There are Ecobank ATMs in Chad where you may withdraw cash with a master card or visa card. For a complete list of locations, see the Ecobank website.