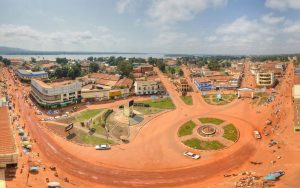 The Central African Republic’s music takes many diverse forms. Western rock and pop music, as well as Afrobeat, soukous, and other genres, have grown in popularity throughout the country. The sanza is a well-known instrument.

Pygmies have a rich folk music heritage. A diverse rhythmic structure, as well as polyphony and counterpoint, are common components. Because of its jazzy structure, the Bandas’ trumpet-based music has acquired considerable appeal beyond the region. The Ngbaka play an unique instrument known as an mbela, which is constructed of an arching branch with a string stretched between the two ends and held in front of the musician’s lips. The mouth is used to enhance and modify the tone when the string is hit. Instruments comparable to the mbela are thought to be the progenitors of all string instruments.