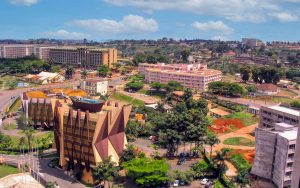 Violence is uncommon, so be cautious about wearing jewelry or anything else that might set you out from the crowd. If you are unfamiliar with the region, use a cab after dark.

Be warned that Boko Haram, a Nigerian jihadist organization, collaborates with other Islamists and Salafists in Cameroon’s north and has abducted Europeans, Canadians, Americans, and other foreigners. Boko Haram is a terrorist organization that may impose severe versions of Sharia law, such as amputation for stealing. Churchgoers should not proselytize to Muslims, should not gather in groups that are too big owing to suicide bombs, and should not consume alcohol in public. They often travel on motorcycles and pick-up trucks and have lately joined forces with the Islamic State in an attempt to establish a global caliphate. Ansar Muslimeen fi Biladi Sudan, which translates as “Protection of Muslims in Black Lands,” is another branch connected to takfirism that carries out assaults and severe penalties.

Highwaymen and other bandits may also be found in certain areas, especially in the north.

Many laws in Cameroon differ from those in ‘Western’ nations. Homosexuality is prohibited and may lead to jail time.

You are required by law to carry identification with you at all times. This is normally your passport. Other alternatives include:

Photographing sensitive places is strictly prohibited. This covers military installations, as well as, presumably, embassies and diplomatic homes. If in doubt, it may be better not to snap the photograph than to risk having a military or police officer erase all of your photos or seize your camera.

Malaria is prevalent, particularly in the country’s central and southern regions. The danger is considerably lower in the Northwest Province’s mountains and the dry regions of the Extreme North. Because of the severity of certain strains of malaria in the nation, prophylactics are advised.

Other tropical illnesses such as dysentery, bilharzia, hepatitis, and giardia are also prevalent. There are sporadic outbreaks of cholera in Yaounde and Douala, although they seldom impact visitors.

The nation has a number of high-quality hospitals. Most are in Douala or Yaounde, although Kumbo has two excellent private hospitals.