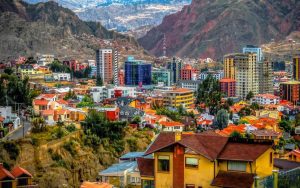 How To Travel To Burundi

Things To See in Burundi

Although much of the country has returned to some semblance of normalcy since the completion of the nation’s democratic transition and the election of a democratically elected head of state in August 2005, visitors should be aware that there is still significant insecurity throughout the country and should exercise extreme caution. Aside from the still-active rebel organization, the Troops Nationales de la Liberation (FNL), which continues to target government forces and people, banditry and armed robbery, as well as minor crimes, remain a danger. Visitors should be cautious, avoid traveling after dark, and be mindful of curfews. Many highways are closed at night, and most embassies impose curfews on their employees. Visitors should contact their embassy, as they would in any other conflict or post-conflict scenario, to stay up to date on the latest local events and to be aware of the shifting security environment.

Avoid eating at kiosks and drinking unboiled water. Also, be sure you’ve been vaccinated.

HIV infection is common in Uganda, as it is in many other African nations. According to one source [www], the urban rate was 18.6 percent and the rural rate was 7.5 percent in 2002.

How To Travel To Burundi

By plane Kenya Airways (Nairobi), RwandAir (Kigali), Ethiopian Airlines (Addis Abeba), Brussels Airlines (Brussels), Flydubai (Entebbe), and others service Bujumbura International Airport. As of March 2010, Air Burundi was no longer in operation. By bus Buses are mostly accessible from Bujumbura, primarily in the vicinity of the central market. Rwanda is only...

Except for residents of Uganda, Rwanda, Kenya, Tanzania, and the Democratic Republic of the Congo, all nationalities need a visa to enter Burundi. Visas are available in Europe through the Burundi Embassy in London UK , as well as embassies in Berlin and Brussels. A tourist visa from the Burundi Embassy...

Things To See in Burundi

Bujumbura is located in the country's west. Moving east, visitors may visit Gitega, a huge market conducted directly in the center of town, as well as its Museum of Traditions (ancient utensils, pictures, commented visit). Travellers will need to make prior reservations to see an unusual and interesting performance...

Food in Burundi Burundi has several gastronomic delights in store for foreign visitors, including fresh fish from Lake Tanganyika and vegetables grown on the country's rich volcanic soil. There is a sizable South Asian population, which serves curried meals with more typical rice and beans, as well as French-inspired European...

Burundi is blessed with blooming workmanship, as well as distinctive delicate and appealing forms. Burundi has just lately created plastic arts. Visitors will be able to discover skilled artists from Gitega and Bujumbura who can carve scenes on wooden boards and paint landscapes with nicely colored blue backgrounds. Currency Banknotes of 20,...

Burundi's culture is founded on indigenous custom and the influence of surrounding nations, but civil instability has hampered cultural significance. A typical Burundian dinner consists of sweet potatoes, maize, and peas, since farming is the primary industry. Meat is only consumed a few times each month due to the...

Colonization At the end of the nineteenth century, Germany deployed military troops in Ruanda and Burundi, conquering the region and creating German East Africa. The present-day city of Gitega was selected as the location of the capital. Following its loss in World War I, Germany was obliged to hand up...