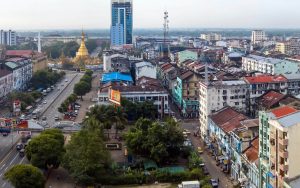 Gaborone’s nomenclature befuddles the majority of newcomers. Different portions of town are referred to as Blocks, Extensions, Phases, and so on, and the same location may have many names.

To the east of the railway line branching out from the Government Enclave are the Extensions. Extensions 9 and 11 are undoubtedly Gaborone’s richest areas. Extension 15, which runs beside Riverwalk Mall, is dubbed ‘the Village.’

Gabs West – the inner blocks to the west of the railway line, on the western side of the Western Bypass. Gabs West is split into four phases: Phase 1, Phase 2, Phase 4, and Phase 5.

The Blocks are located west of the railway line, on the outskirts of the Western Bypass. The blocks 5 – 10 in order from south to north (although Block 9 is an outlier being the southernmost of the blocks, and there is a Block 3 directly north of the downtown area). While some maps (including Google Maps) refer to Blocks as high-numbered Extensions (e.g., Block 8 is comprised of Extensions 35 and 36), everyone refers to a region by its Block number.

Phakalane is a new-build suburb located 12 kilometers north of Gaborone’s central business district. It is centered around a golf course and is located on the east side of the A1 Francistown road. South-west of Phakalane lies the yet-to-be-developed Glen Valley Gaborone North – a growing neighborhood extending westward from Phakalane towards the airport.

Broadhurst is an older neighbourhood northeast of the central business district. Partial and Maru-a-Pula are located on the southern outskirts of Broadhurst.

Tlokweng is a less affluent neighborhood east of the Notwane river that is home to numerous pleasant guesthouses.