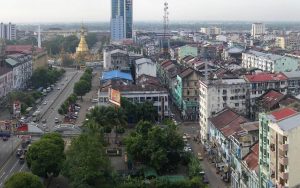 Setswana is an adjective used to characterize the rich cultural traditions of the Batswana, whether they are members of the Tswana ethnic groups or all residents of Botswana. It refers to the language of the main people groups in Botswana.

Botswana music is mainly sung and performed, sometimes without percussion depending on the occasion; string instruments are also prominent. Setinkane (a Botswana version of the tiny piano), Segankure/Segaba (a Botswana version of the Chinese instrument Erhu), Moropa (Meropa -plural) (a Botswana equivalent of the many kinds of drums), and phala are among the instruments used in Botswana folk music (a Botswana version of a whistle used mostly during celebrations, which comes in a variety of forms). Botswana traditional musical instruments are not limited to strings and drums. Hands are also employed as musical instruments, either by clapping them together or against phathisi (goat skin wrapped inside out around the calf region; only males use it) to produce music and rhythm. For the past several decades, the guitar has been praised as a flexible music instrument for Tswana music since it has a string diversity that the Segaba instrument lacks. It is the outsider who has found a place in the culture. The dancing is the centerpiece of every celebration or event that expresses joy. This varies according to regime, age, gender, and group status, or if it’s a tribal activity, standing in the community. Fatshe leno la rona is the national anthem. Kgalemang Tumediso Motsete wrote and composed it, and it was approved upon independence in 1966.

Women in the northern Botswana communities of Etsha and Gumare are known for their expertise in making baskets out of Mokola Palm and indigenous colors. Big, lidded baskets for storage, large, open baskets for carrying things on the head or winnowing threshed grain, and smaller plates for winnowing pounded grain are the three kinds of baskets made. As these baskets are being manufactured for foreign markets, their artistry is gradually improving via color usage and better patterns.

The earliest paintings from Botswana and South Africa show hunting, animal, and human images and were created by the Khoisan (!Kung San/Bushmen) about 20,000 years ago in the Kalahari desert.

By plane Sir Seretse Khama Airport in Gaborone is Botswana's major airport. International flights to Zimbabwe, South Africa, Namibia, Kenya, and Ethiopia are available. Maun's airport is also accessible through Johannesburg, Cape Town, or Gaborone, as well as once a day (in summer 2009) from Windhoek, Namibia. The distance between...

Regions in Botswana KalahariThe Kalahari Desert and its surroundings are sparsely inhabited. Okavango-ChobeThe northern portion of the nation, which includes the Okavango Delta and excellent wildlife parks such as Chobe National Park and Moremi National Park. SoutheastGaborone's capital and the majority of the country's population are located here. Cities in Botswana Gaborone or Gabs is...

Botswana's primary attraction is its wildlife. Nearly one-fifth of the nation is made up of wildlife parks. Lions, cheetahs, crocodiles, hippos, elephants, antelope, wild dogs, and hundreds of bird species may be found in these parks. Visitors may go on safaris and stay in lodges ranging from low-cost dormitories...

Food in Botswana Botswana's cuisine is distinct, although it has certain features with other Southern African cuisines. Botswana cuisine includes Pap, Samp, Vetkoek, and Mopane worms. Seswaa, a meat dish consisting of beef, goat, or lamb meat, is a Botswana specialty. In general, the fatty meat is cooked until soft in...

The pula (ISO 4217 code: BWP) is Botswana's currency, which is split into 100 thebe. In Setswana, pula literally means "rain" (rain is very scarce in Botswana - home to much of the Kalahari Desert - and therefore valuable and a "blessing"). The word thebe means "shield." Banknotes in BWP10,...

Botswana's official languages are English and Tswana. The language of commerce in Botswana is English, and the majority of people in metropolitan areas speak it; but, in more rural regions, many individuals, especially the older generations, do not speak English. Tswana is the main indigenous language and the first language...

Early history Botswana's history begins more than 100,000 years ago, when the first people arrived in the area. The Bushmen (San) and Khoi peoples were the indigenous inhabitants of southern Africa. Both spoke Khoisan and lived as hunter-gatherers. Large chiefdoms arose about a thousand years ago, which were subsequently overshadowed...

Stay Safe in Botswana Botswana's people are extremely kind, and the crime rate is minimal. On this front, there isn't anything to be concerned about. Nonetheless, crime has been on the increase in recent years, so be cautious of your surroundings at all times. In rural regions, basic common sense...