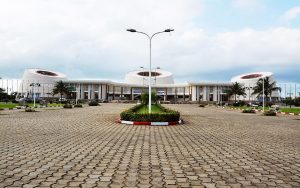 Long before French became the main language, Beninese literature had a rich oral history. L’Esclave, the first Beninese book, was written in 1929 by Félix Couchoro.

Angélique Kidjo and Djimon Hounsou were both born in Cotonou, Benin. Wally Badarou, a composer, and Gnonnas Pedro, a vocalist, are both of Beninese origin.

Biennale Benin began in the nation in 2010 as a collaborative event named “Regard Benin,” carrying on the initiatives of various organizations and artists. The initiative was transformed into a Biennial in 2012, managed by the Consortium, a coalition of local organizations. Abdellah Karroum and the Curatorial Delegation curate the international exhibition and creative program of the 2012 Biennale Benin.

Food in Benin Street sellers offer anything from beans and rice to grilled chicken, goat, and/or turkey in every city/village. Prices are negotiable. But be cautious; always pick a seller whose food is still hot and whose dishes have been kept covered with a lid and/or cloth. Kuli-KuliBoulets de Poulet avec...

The official language is French, the previous colonial power's language. Fon and Yoruba are spoken in the south, Bariba and Dendi in the north, and over 50 additional African languages and dialects are spoken across the nation. English is becoming more popular. Local languages are utilized as the primary language...