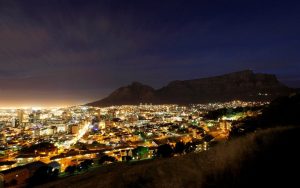 You’ll need a lot of luck and patience here: When it comes to getting a visa, Angola is notorious for being a nightmare. Except for Namibian residents, all visitors must acquire one before to arrival. Except for residents of Cape Verde, who must pre-arrange it, it is not feasible to acquire a visa on arrival. Your passport must be valid for at least another six months and include at least two blank pages. According to the Angolan government, travelers must have an international vaccination certificate showing yellow fever immunization within the past 10 years in order to enter the country, although this is not a problem on the Namibian/Angolan border. A letter of invitation from a private person, organization, or business indicating that they would be responsible for your stay is also required. When getting a visa from a northern country, you are often only granted a 5-day transit visa to Angola. If you’re traveling by car, this will only bring you to Luanda, where you’ll need to wait up to four days to obtain another five-day transit visa. If you are entering Angola from the Democratic Republic of the Congo, you may need to get an Angolan visa before entering the DR Congo.

By plane Luanda-4-de-Fevereiro is located 4 kilometers outside of Luanda. The airport has public phones as well as banking services. Afritaxi is the most dependable taxi service from the airport. Their white cars are plainly identified, and they charge by the kilometer or the minute, depending on how severe traffic is....

By bus There are several private bus companies that provide services, the largest of which are MACOM and SGO. These businesses provide a broad variety of services related to the destinations to which one wishes to go, particularly inter-provincial courses. From the coast to the interior, there are lines that...

Dining out is often difficult in Angola, since restaurant cuisine is costly even in Luanda, and many of the less well-equipped eateries have poor sanitation. Nonetheless, Angolan cuisine is diverse and delicious, with native specialties centered on fish, cassava products, and spicy stews. Angolan seafood is plentiful and delicious, and...

The Angolan new kwanza is the country's currency (AOA). In September 2014, USD1 equaled AOA98, €1 equaled AOA126, and GBP1 equaled AOA160. It used to be illegal to import or export any amount of kwanza, but you may now bring up to AOA50,000 out of the country. The Benfica Handcrafts...

Only a small proportion of the local population is fluent in English. Traveling in Angola, then, requires a basic understanding of the Portuguese language. Furthermore, since many individuals move to Angola from neighboring nations, it is occasionally feasible to utilize French and Afrikaans (for Namibian or South African people). Angola's...

Early migrations and political units The oldest known contemporary human residents of the region are Khoi and San hunter-gatherers. During the Bantu migrations, they were mainly absorbed or replaced by Bantu peoples, but a small number of them survive in areas of southern Angola to this day. The Bantu arrived...

Stay Safe in Angola For travel inside Angola, you should consider hiring an experienced local guide, although if you follow some simple guidelines, traveling in Angola is not hazardous. Traveling alone after dark is never a smart idea. Join with other vehicles of the same make and model if feasible,...