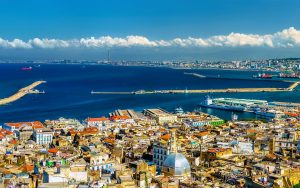 In Algeria, there are three major mobile service providers: Mobilis, Djezzy, and Ooredoo “Nedjma before.” At every airport, you may easily get a pre-paid sim card for one of these carriers. Mobilis sells a pre-paid card for 200DA that comes with 100DA in calling credit. There are a number of general shops throughout the nation that offer refill cards for these carriers. On December 1, 2013, 3G services were introduced, while 4G was under testing.

Visa restrictionsDue to the Arab League Boycott of Israel, entry will be refused to citizens of Israel and to those who show stamps and/or visas from Israel. By plane Most major European carriers, including Lufthansa, Air Berlin, British Airways, Air France, Iberia, Alitalia, TAP Portugal, and Turkish Airlines, fly to Algiers on a regular basis, although...