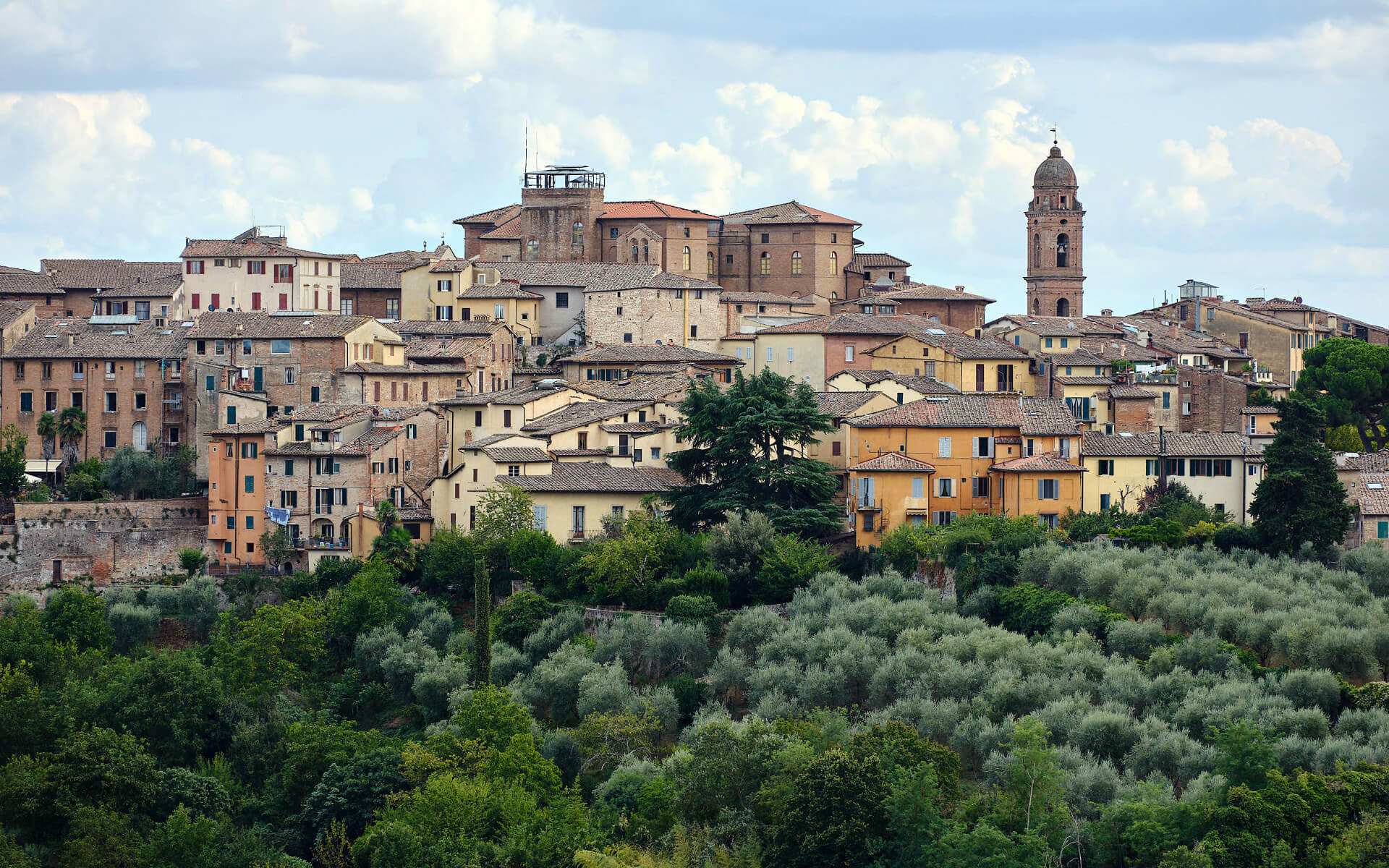 Siena is a city in the Italian region of Tuscany. It is the provincial capital of Siena.

UNESCO has designated Siena’s historic center as a World Heritage Site. It is one of the most popular tourist sites in the country, with over 163,000 foreign visitors in 2008. Siena is well-known for its food, art, museums, medieval architecture, and the Palio, a twice-yearly horse race.

Siena’s center storico is incredibly scenic as a fortified hill city, and from high towers, you can overlook the magnificent landscape that still fully surrounds the city. With a few obvious variations (such as the lovely golden hue of the sunflowers grown for oil for export), the Sienese landscape appears virtually exactly as it did in Medieval art. Because the Sienese countryside is part of the Chianti area, it is simple to obtain fine local wines at Sienese stores and to pair with meals in ristoranti and trattorie. Sienese cuisine is exquisite, and although certain restaurants are unquestionably superior than others, it is uncommon to find genuinely awful food in this city. In addition to being renowned globally as a tourist-friendly Medieval city, Siena is also regarded domestically as a university town, with options for foreign visitors to stay for a few weeks and study Italian or other disciplines.

Siena is situated in the heart of Tuscany, between the Arbia river valley (south), the Merse valley (south-west), the Elsa valley (north), the Chianti hills (north-east), the Montagnola Senese (west), and the Crete Senesi (south-east). The city is 322 meters above sea level.